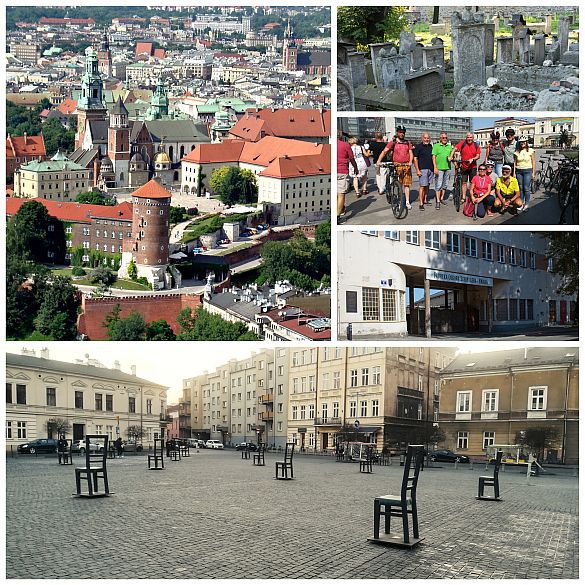 Podgórze and the former Jewish ghetto

Crossing the Vistula river, you will reach the  Podgórze district, that became the scene of the tragic fate of the Jewish community during the Second World War.

It was here that Nazi occupants founded the Jewish ghetto in March 1941, where Kraków Jews were resettled. Some fragments of the former ghetto wall have remained to this day. You can still see the old houses where Jews lived. In the ghetto there was also a single Polish pharmacy, whose owner voluntarily stayed in the ghetto. In this way, from one day to another, he became a symbol of freedom in an occupied world.

In 1983, a museum was established in the pharmacy, in which one can get to know this tragic story even better. Right next to it, there is a square with 65 empty chairs, a special monument that commemorates the exodus of the Jewish population.

You can visit Schindler's factory in Lipowa Street. The well-known entrance gate, the staircase and Schindler's office have been preserved to this day. On the outskirts of the city, the Nazis founded originally as a slave-labor camp, that later became the Płaszów concentration camp, which became known to the general public through the film “Schindler's List”. On the site of the former camp there are monuments that were erected in place of mass graves, the "gray house", in which a prison was located in the villa of commandant Amon Goeth, played in the film by Ralph Fiennes.