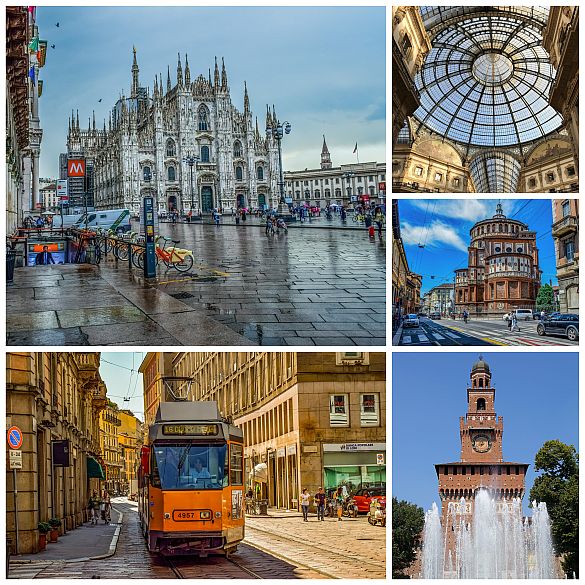 Main attraction of the city, of course, is the fascinating cathedral, but there is so much else to see in Milan. After visiting the cathedral, the third largest church of Christendom and the landmark of Milan, we stroll through the Galleria Vittorio Emanuele to the Scala with its unique museum.

Directly from the Duomo Square we reach through Via dei Mercanti and Via Dante the Castello Sforzesco, seat of the Municipal Museums that house the 'Pietà Rondanini', the last work of Michelangelo.

Visiting Leonardo da Vinci's "Last Supper" in Santa Maria delle Grazie requires the use of tram or taxi, while the grandiose Basilica of Sant 'Ambrogio, which reflects a thousand years of history more than the Duomo, can also be reached by metro.