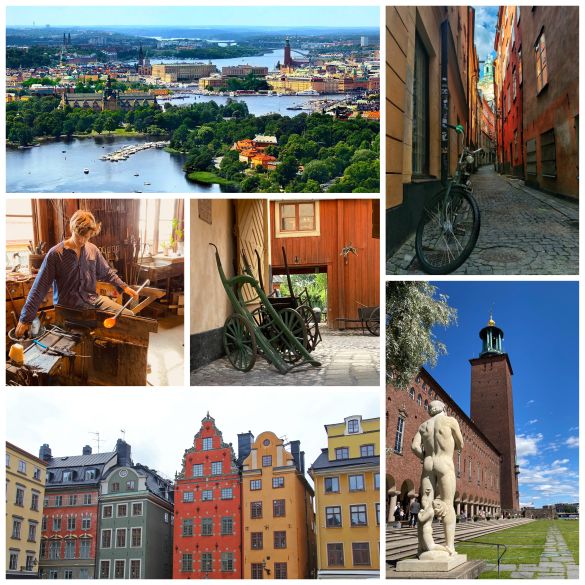 The Grand Tour is a full-day experience, loaded with highlights and exciting stories. The tour and begins in Stockholm City Hall, world-famous for the Nobel-banquets. After a short walk we are in the heart of the Swedish political power in the 17th century: on the palace island of Riddarholmen. Next door is the historic center of Stockholm, Gamla stan, with the Royal Castle, the vestibule chamber, the magnificent baroque church Storkyrkan and Stortorget.

We continue through the narrow alleyways, for lunch at the Franciscan, a restaurant with a view on the Baltic Sea.

We will soon be on the ferry to Djurgården, the leisure oasis in Stockholm. Here lies Skansen, the first major open-air museum in Europe: a past world of parish halls, wooden churches, workshops and glassworks, with employees in authentical clothes playing their respective roles skillfully. In Skansen's zoo next door, Nordic animals are on show, such as wolf, elk, bear, lynx and wisent.

The last stop of the Grand Tour is the Vasa Museum, with the world's only surviving 17th century warship. The museum holds countless surprises. The great recipe for success, however, is the short distance between the visitors and the massive wooden ship, equipped with hundreds of propagandistic designs that tell the story of an up-and-coming kingdom shortly before Sweden's entry into the Thirty Years' War.